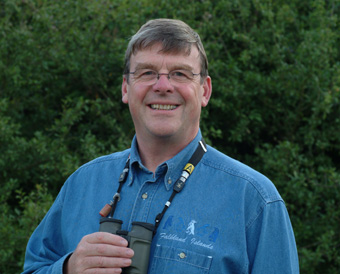 Christopher was born in July 1946 at Sevenoaks in Kent and brought up both there and in Ghana, where his father, Rev. Dr. Michael Wilson and his mother, Dr. Mary Wilson were medical pioneers at Achimota, near Accra. He became a London policeman for sixteen years, marrying Ann O’Brien of Tipperary in 1968. They moved to Cashel in Ireland in 1981 where he worked at the Cashel Palace Hotel and also began to record local flora and fauna becoming, through radio and other media, one of the most widely known naturalists in Ireland.

In 1991, he became warden of the Wexford Slobs Wildfowl Reserve until he retired in 2007 to become an Environmental Consultant. On the Slobs, he looked after a large proportion of the world population of Greenland White-fronted Geese each winter. The species had originally been identified by Sir Peter Scott, of Slimbridge fame and the son of Captain Scott. Sir Peter had become a naturalist as a result of the last letter of Captain Scott who had written to his widow “make the boy interested in natural history if you can… “, lines inspired by his friendship with the Cheltenham naturalist Edward Wilson who lay dying by his side. Chris particularly relished this historic connection to his geese and was greatly inspired throughout his life not only by his famous Antarctic great uncle but also by his uncle, David Lack, another leading 20th century ornithologist. In later life Chris’s work on the breeding biology of the Tree Sparrow saw him elected as a Scientific Fellow 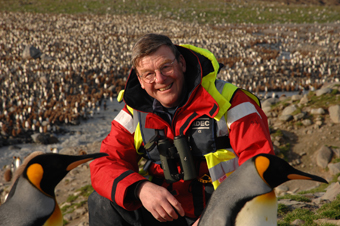 of the Zoological Society of London. He also worked on the conservation of the Orange-bellied Parrot in South Australia and looked after the breeding colony of Roseate Terns of Lady’s Island in Wexford.

Chris was the author of several books, particularly on the wildlife of Ireland and co-authored two volumes of his great uncle’s wildlife notebooks with his brother, David. He travelled and lectured widely, particularly on Antarctic cruise ships and campaigned tirelessly, if unsuccessfully, to persuade the Irish Government to sign the Antarctic Treaty. He is survived by his wife Ann but will long be remembered in Cheltenham for his generous and unflinching support of the town, through its Museum, and in Ireland for his considerable contribution to Irish conservation and natural history.